A:  Hey Melissa, if none of the frogs you’ve kissed have yet to turn into princes, you may have noticed by now, that these frogs have a few things in common.

For starters, they were all attracted to the same princess at some point.

The common denominator in all of your relationships is you. Sometimes, it’s easier to focus on the guy who betrayed, abused, or abandoned us, that we don’t take the time to look at how we factored into that relationship.

We’ve all heard the overused cliché: “opposites attract,” a million times. We tend to gravitate towards people who are strong in areas we are weak. 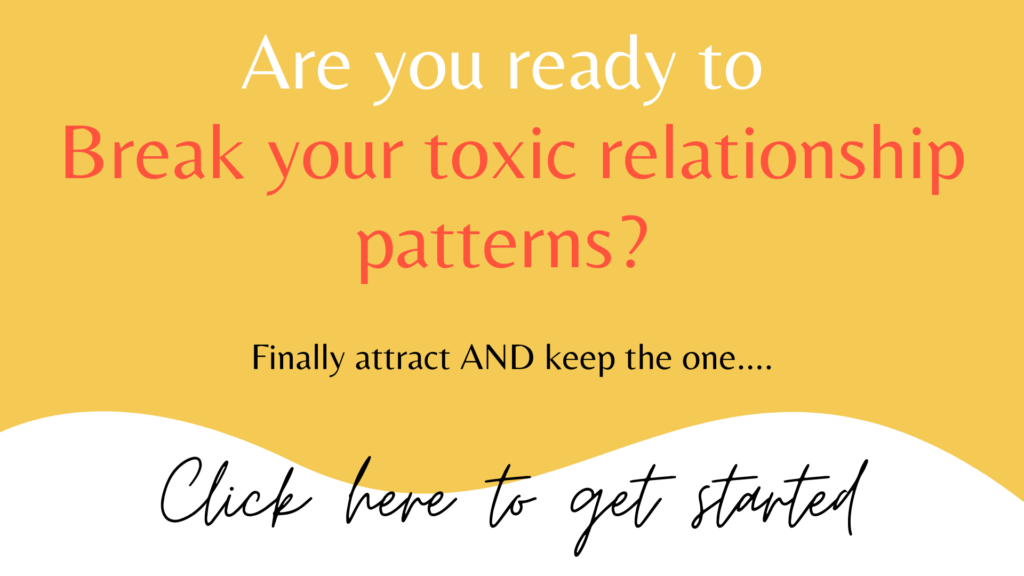 We’ve also heard the law of attraction that states: “like attracts like.” Rarely do we attract what we want or what we deserve. We attract what we already are. Not just with husbands and boyfriends, but in every single relationship that we have.

Both of these phrases are true. Humans have the ability to attract BOTH the opposite and equivalent of who we are at the same time.

How the law of Opposite Equivalence works

In order for the two magnets to attract each other, they both have to have magnetic fields which makes them equal. But one magnet’s north pole will only connect with the other magnet’s south pole making them opposites.

Although the abusee does not abuse others, there is a familiarity with abuse that already exists in her, making it easy to attract an abuser, without ever disclosing her past. It doesn’t matter if it’s physical, sexual, or emotional abuse. She will be attracted to someone who gives her what she’s already comfortable with.

We are drawn to others based on the needs that are unfulfilled in our lives. In other words, we subconsciously seek mates who complement us whether it’s negative or positive.

In each dysfunctional relationship, both people likely have the same underlying emotional problem (that’s the reason they’re attracted to each other). But they choose opposite ways to cope. For instance, both the Narcissist and the co-dependent both suffer from insecurities and low self-esteem. However, the narcissist pretends he’s confident choosing to hide behind the superiority complex, while the codependent takes on the inferiority complex.

Why are we made this way?

I believe God intended opposite attractions to balance us out with partners who have strengths that we don’t have and vice-versa. For instance, introverts are often attracted to extroverts because the extrovert is stronger at speaking up and making necessary connections with others.

Simplicity and Complexity need each other ~Unknown

The equivalent attractions create a bond between two people so that the relationship can survive long term. If we have nothing in common, what’s the point?

Why do you keep attracting the same type of guys?

I don’t know of any adults who’ve never been hurt or disappointed by someone else.

But if you keep attracting the same type of dysfunction, over and over again, there’s a toxic pattern begging to be exposed and ejected. Only then will you attract your ideal mate. When you run from it, ignore it, or pretend it’s normal, you’ll continue to attract what you are.

If YOU don’t change, neither will your relationships

If you want to attract better, you must be better.

In most cases, being better is not a simple as it sounds. There may be all kinds of deep-seated spiritual roots yet to be discovered and plucked up. The majority of them will go as far back as childhood and the generations before you. These are generational curses and they can consist of: abuse, divorce, infidelity, addiction, poverty and too many more to name.

They’re not hard to find if you simply look for patterns in your life and the lives of your family members. If you struggle to overcome in a specific area, it’s guaranteed that others in your family have the same problem. You’re not the first.

It hurts to discover family secrets and revisit problems that have been swept under the rug for generations and generations. But, the only way to get to get past it is to go through it.

The longer you struggle with it the more challenging it will be to overcome. But, armed with spiritual knowledge, it’s NOT impossible.

All things are possible to him who believes. Mark 9:23

All of our relationships are teachers. Until you’re ready to learn from them, you’ll continue to repeat the lesson with the same guy in a different body.

If you’re tired of dating and breaking up with the same guy in a different body, enter your email below

This FREE guide will help you DISCOVER:

Why you Keep Attracting the Same Types of Men

Enter your email below to get started

« How Important is Attraction in a Relationship?
What do women really want? »