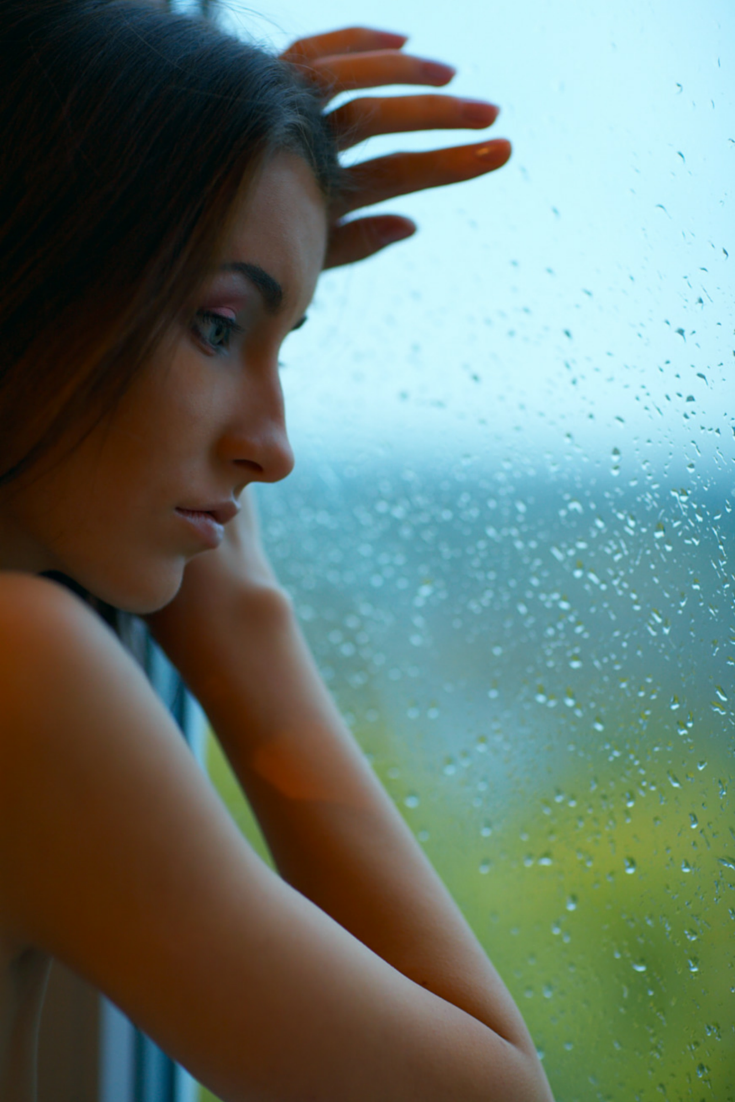 When I get a new job, I’ll be happy. When I get a man or a bigger house then I can be happy. If you’ve ever found yourself saying any of these, stop.

Sometimes our fickle human nature can trick us into believing that we can only be happy if certain external conditions are met.

So you strive to reach one goal after another, hoping that something will satisfy you. And it never does. Just when you think you’ve arrived, you set your desires on something else. And the process starts all over again.

Nothing will make you happy until you decide to be satisfied with what you have and where you are right now.

Happiness is a choice that you make every day. Things and people don’t make you happy.

Happiness is an internal state of being that comes from accepting the things you can’t change and embracing the responsibility to change those things which you can.

I have to admit that I still struggle with this from time to time. There are some days I wake up and I’m just not satisfied with where I am or what I’ve accomplished.

Then it hits me. Really hard.

I am blessed more than I am stressed. I have an awesome life and no real reasons to complain!!!!!

When I get stuck in a rut of ungratefulness and dissatisfaction, here are 3 pieces of advice that help me to get back on the right track.

No one’s life is perfect. Just because you see them with something or someone that you wish you had, doesn’t mean their life is perfect. They’re either faking it or they’re choosing to make the best of what they have.

And you should do the same.

Choose to make the best of what you have and where you are right now because your situation could be much worse.

And if you’re complaining because you want more money, think about the many celebrities who achieve great levels of fame, fortune and bling, yet still aren’t happy. Some of them file bankruptcy because their quest for more outgrows their bank accounts. Some of them commit suicide. Others disappeared into dark holes of seclusion after they got what they thought they wanted and realized it wasn’t what they wanted.

Desperately wanting one thing and having another only creates more distance between what you have and what you want.

There’s nothing wrong with wanting better, but you should also strive to be satisfied right now—even if better never comes. You shouldn’t be so focused on what you don’t have that you’re unhappy being alive. Because,

2. You can’t control other people.

You can only control yourself. So the next logical thing to do is accept others for who they are. If they want to change, they will. But if not, they really aren’t your problem.

People will hurt you and disappoint you over and over again. The person who hurt you has probably been hurt by someone else. Because hurt people, hurt other people.

Humans err. It’s what we do.

But the sign of a healthy adult is one who can quickly forgive and move forward with their lives, knowing that it will get better.

Because forgiveness is a gift that you give yourself.

It’s a reminder that no one is perfect, not even you. As much as you would like to blame them for what they did, you also had a role to play in the relationship.

Whether you the ignored the warning signs or you silently watched as they did the same thing to someone else.

If you’ve ever been around a person who gossips, complains, spreads fear, worry and doubt all the time, then you know what I’m talking about.

This person has been focusing on everything that’s wrong in this world and in their life for so long that they either don’t realize how self-destructive they are or they don’t care. They perceive everything through negative eyes.

No doubt about it, there are plenty of reasons to get discouraged, scared or downright mad.

And it’s ok to acknowledge those reasons and give them temporary rental space in your head. But it’s not ok to allow them to move in, set up a farm and raise chickens.

Sure, go ahead and reflect on what happened.

But when you spend more than 2 minutes focusing on something or someone you can’t change, you’re wasting time that could be better spent creating the life of your dreams.

And then you become the person no one wants to be around.

I know it’s not as easy as it sounds.

I hope I haven’t made this sound like you’re supposed to flip a switch and fix yourself. We all have bad days or weeks. But the thing to remember is:

There is no such thing as perfection.

You take what you’ve been given and make it better if you can, but if not, you accept it.

The work starts in your mind. The minute you make your mind up that this will be a better

day, week or month, the process begins with every decision you make from that point on.

Yes, you’re gonna make some mistakes, because that’s what humans do. The thing that makes us smarter than any other species is that when we fall down, we have the potential to learn from our mistakes, get back up and hopefully do things better the next time.

I choose to be happy from this day forward. What about you?

« Learn before you Leap: 4 Questions Every Woman Should Answer before Jumping into the Next Relationship
4 Reasons the “Ugly” Girl Keeps a Man »